A downloadable game for Windows, macOS, and Linux

"Only way is forwards. No point going backwards.
Right?"

Sometimes to find your way is to go backwards
To find the final password,
In order to be conferred,
Just to be heard.

A young person who wishes to reach to the city, with a passion of poetry and friends of Alan,
Is once more challenged, and supported, by Synthoxin.

A sinister rare genetic disease which impacts the mind and it's thinking, emerging from the Lhaki War. Obstructing the peaceful way of life... however... the same cure to one's inner problems.

Through the perspective of the journal, you'll follow Sophie Shepard's footsteps to unravel the mystery.

Within this story driven interactive experience, you'll soon learn what it's like enduring Synthoxin.

Diving into a story rich narrative, you'll have to find yourself questioning what parts of the game is real, and which isn't as you go along understanding Sophie Shepard and her fatal conditions.

And Synthoxin isn't just her own problems at heart as well...
Something else lurks and burden her mind...

Additional Notes:
I'm an idiot who does this as a hobby, with this being my second project in my free time. I hope you could try it out and leave some feedback for me and give it a rating :)

Furthermore, controls can be changed via going through options, then to "Keyboard Config" for your own personal preferences.

So I just tried out this game and for a RPG Maker, it's really good.
Not a cheap clone, however not a masterpiece like To The Moon.
But as you said, "second project".

Story:
It has a slow pace and build up, but it's worth it. Especially the poems scattering around hints about what is true or not. It's an interesting concept to deliver a story like this. Kind of scary to think people suffer to diseases similar like this.

Graphics:
As I said, not a cheap clone! No RTP tilesets, no large empty maps.

However, you could add some more detail and attention to mapping, but it's good overall.

Music:
I'm guessing you're not much of a composer.
At least it's not another RPG Maker game soundtrack, however you may want to explore into other DAWs like LMMS.
But it's mediocre overall.

Gameplay:
Sort of limited. It's better then reading massive chunks of text, or having another typical RPG Maker battle scene.

You should probably invest more into gameplay. However in general, for a game that's meant to be a story narrative, it's ok.

Overall, the story is the main focus, and the graphics are nice, but gameplay and music, needs to improved for future games.

Would recommend people this game if they want a nice story and have an hour or two to spend.

Thanks!
Glad the story part is working out.
Surprised the others are doing decent.

I'll take the feedback into consideration.
Appreciate the fresh perspective :) 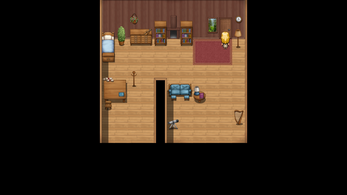 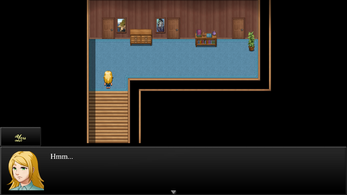 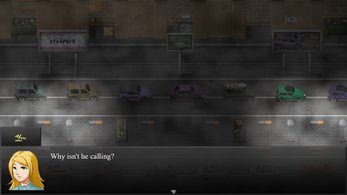 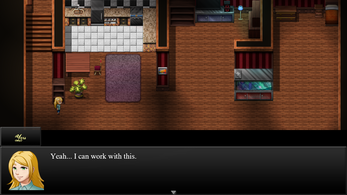 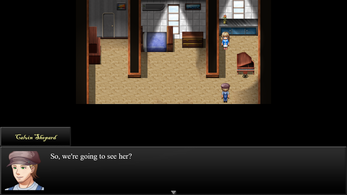 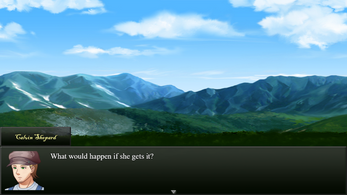